Continuing the Colored-Core Series, Naked & Famous Denim has created a new iteration one of the most sought-after fabrics in the series: the Rainbow Core Selvedge.

The Colored-Core Series is a demonstration of a mastery of different dyeing techniques. Most denim fades to white because white cotton yarn is dipped in indigo but never long enough for the indigo to soak through to the core of the yarn, leaving the core white. With time and wear, the indigo chips away, uncovering the white center. The Colored-Core Series adds an extra step: before they ever touch indigo, the yarns are permanently dyed another color first.

In the New Rainbow Core Selvedge, the yarns are dyed all the colors of the rainbow and then introduced to the indigo vat. So, as you wear these, you will slowly reveal – in a way unique to your body – the rainbow-colored yarns hidden beneath the indigo. There’s even a rainbow selvedge ID on the coin pocket and at the outseam, so you can flash a sneak peak of what’s to come.

The fabric itself has a rich but subtle texture with lots of high-low points throughout, so even raw, these have a beautiful uneven appearance. Weighing in at 12.5oz, the New Rainbow Core Selvedge is perfect to rock year-round, which is good news because you’re going to want to see what’s beneath the surface. 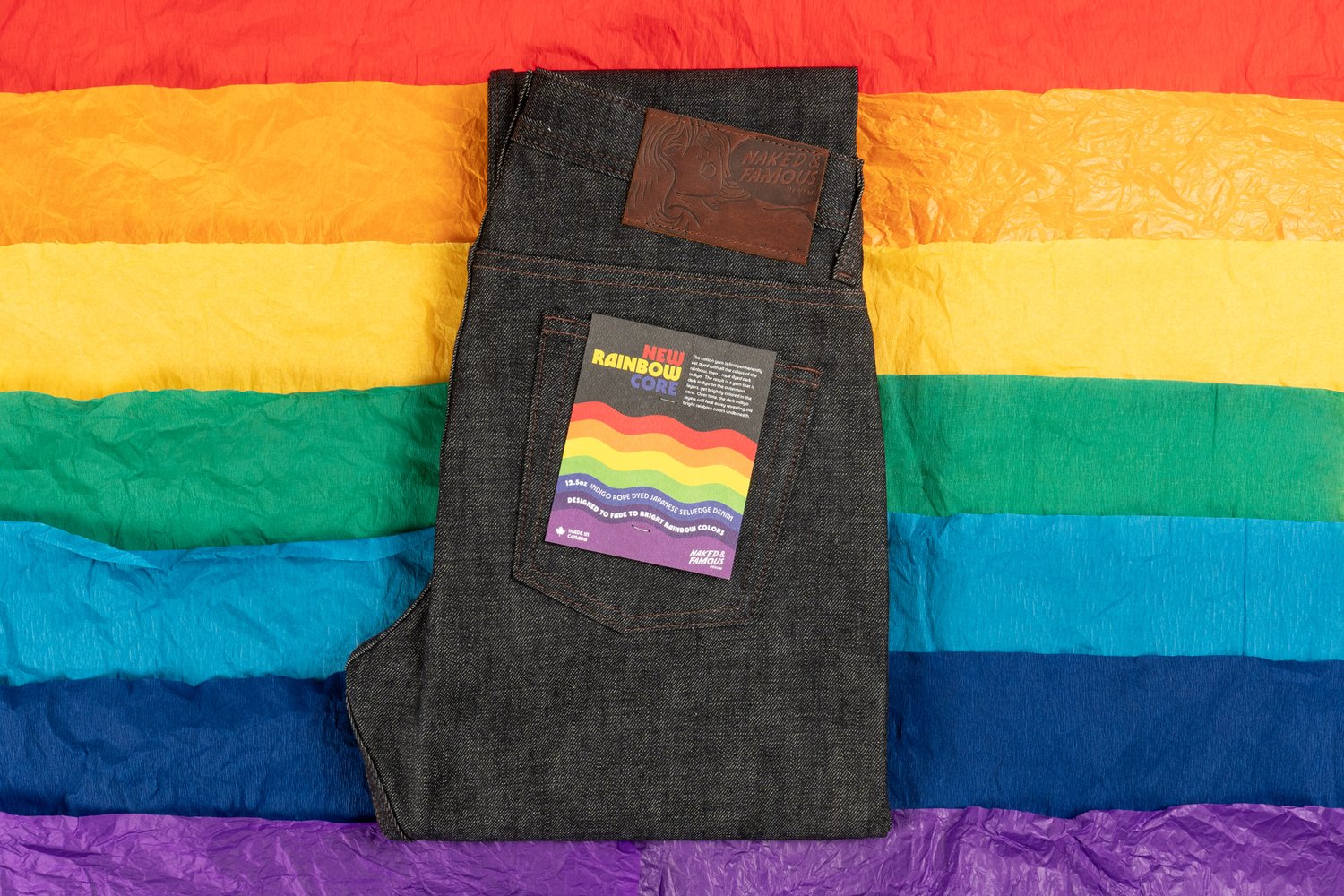 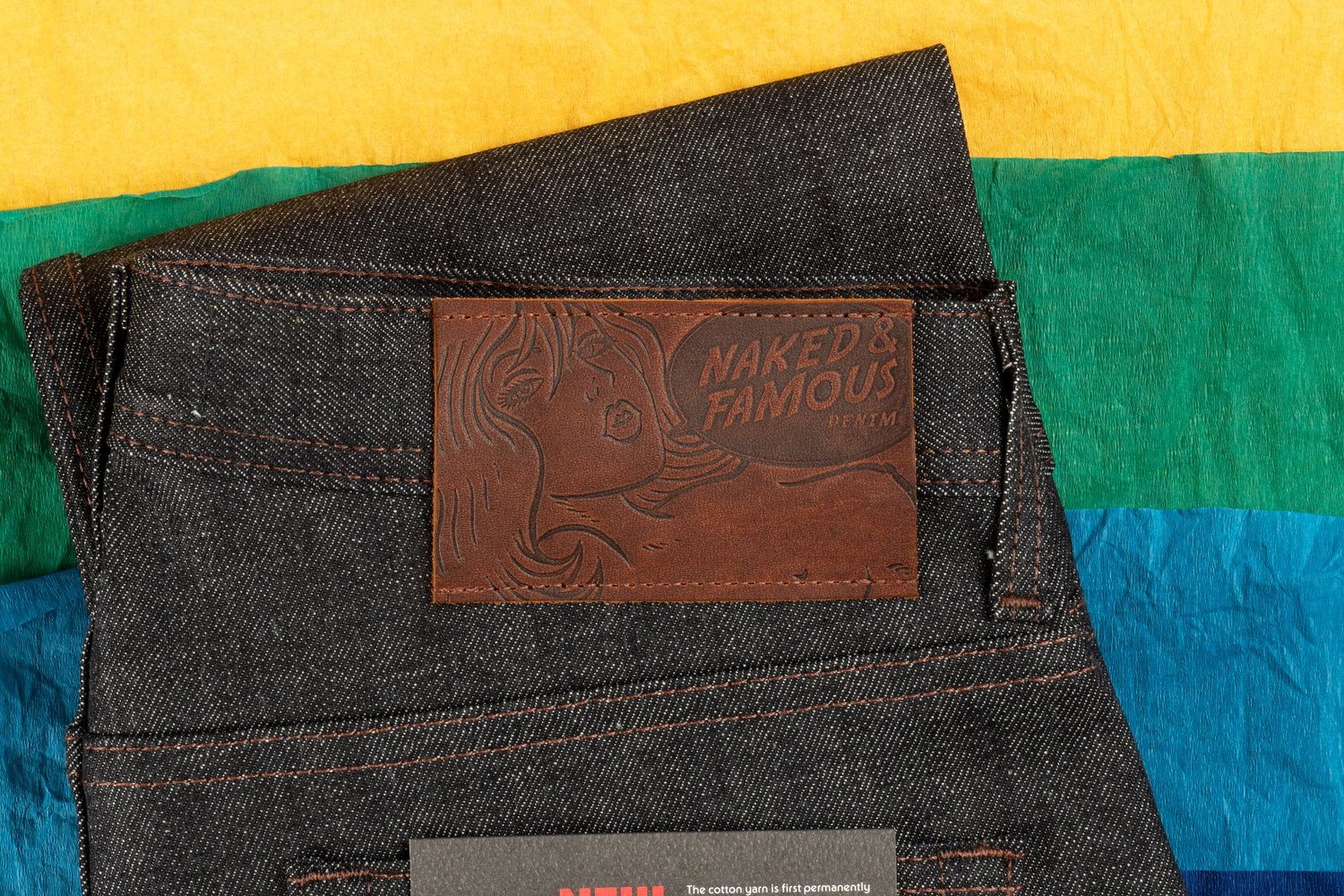 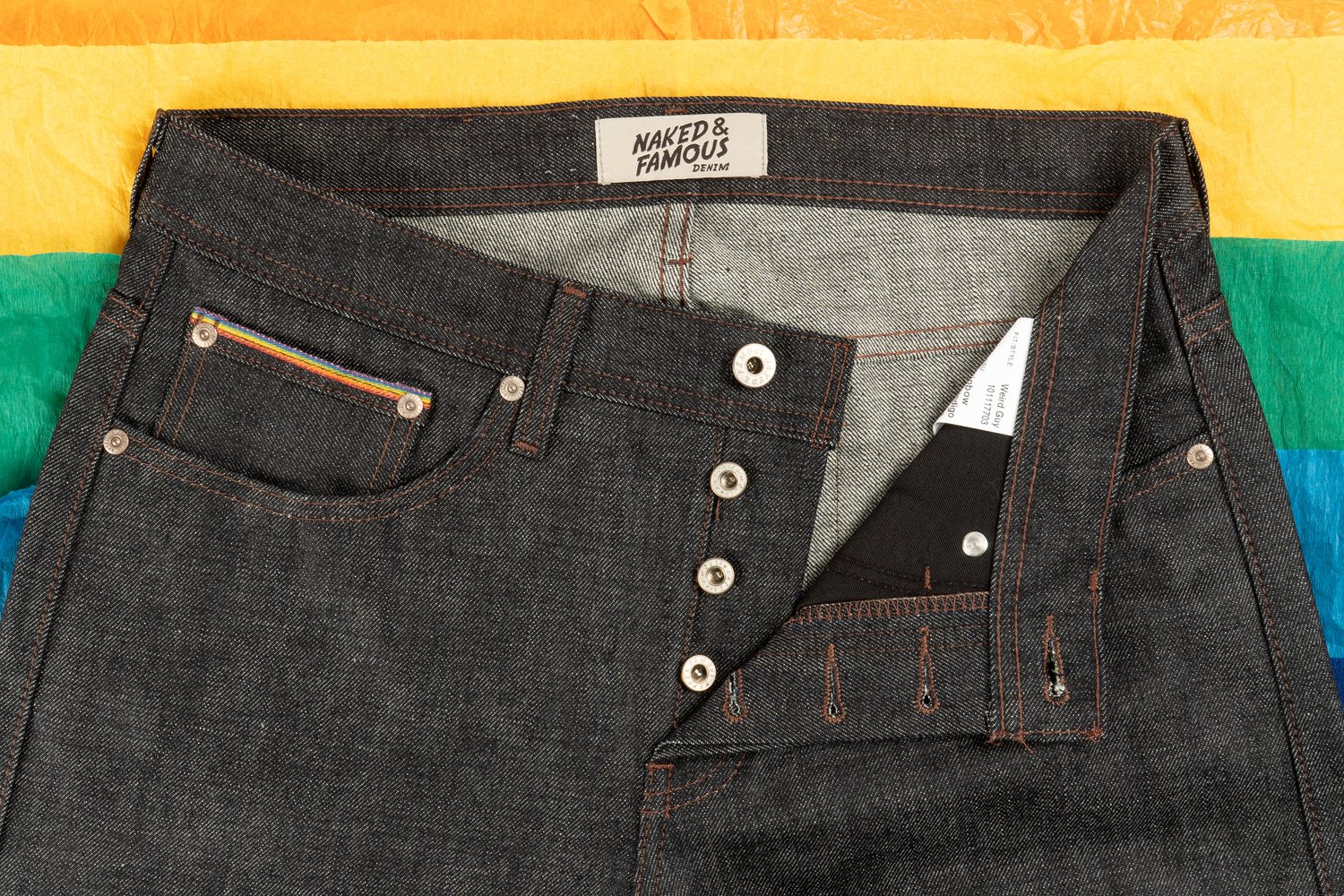 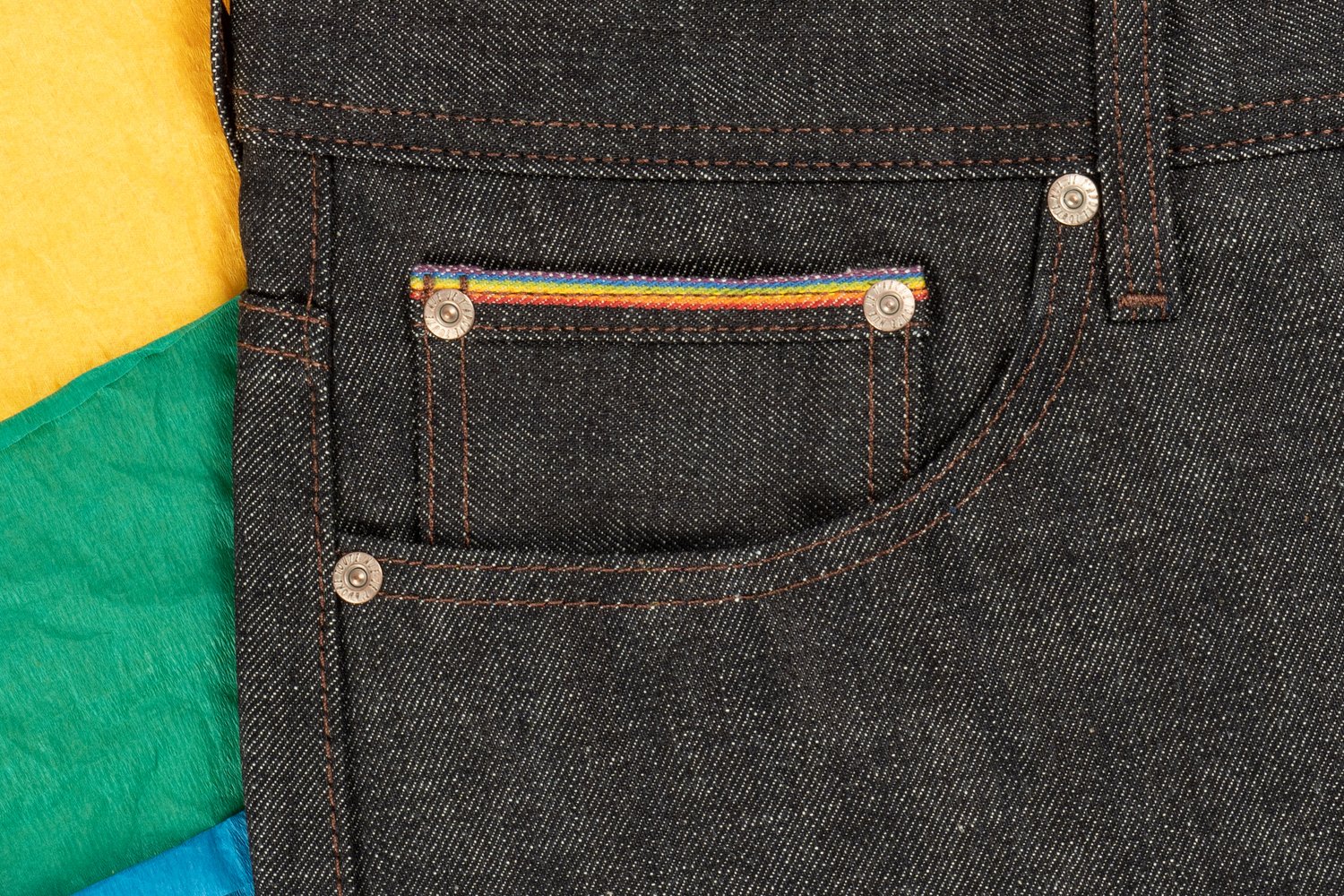 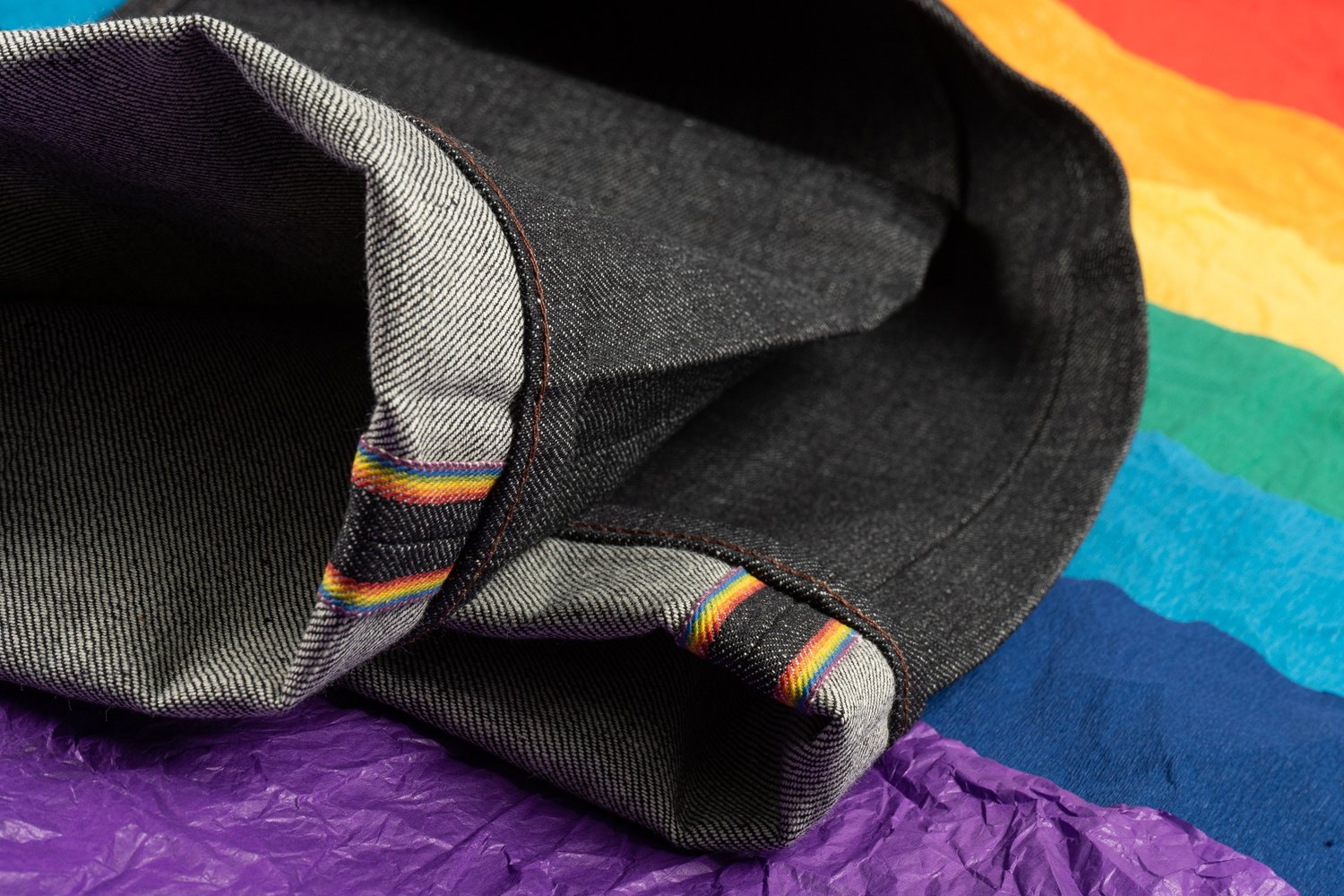 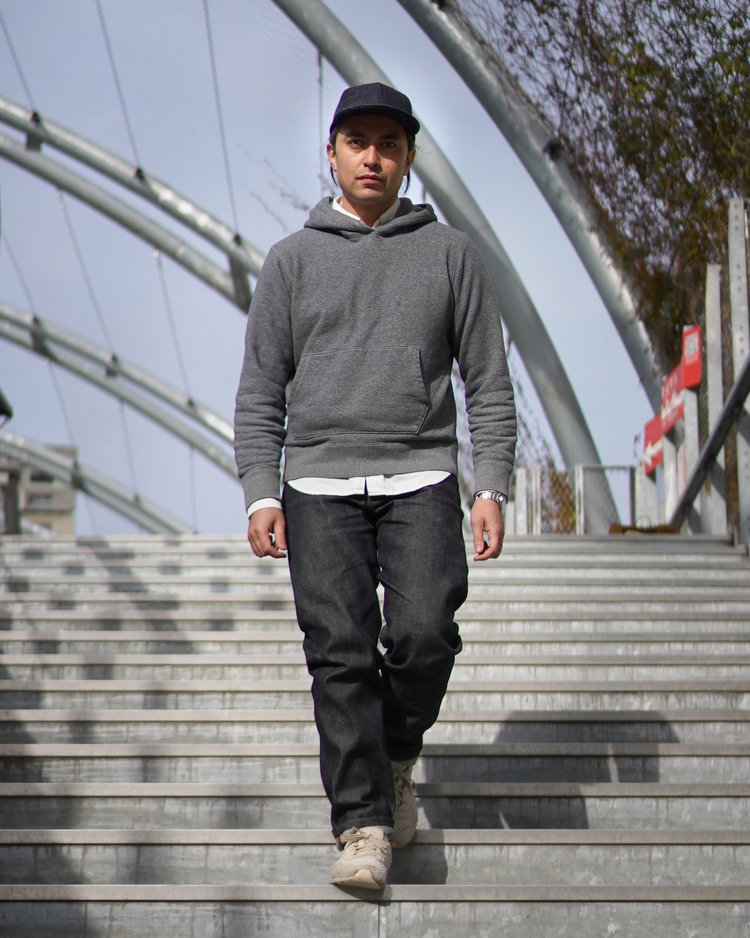 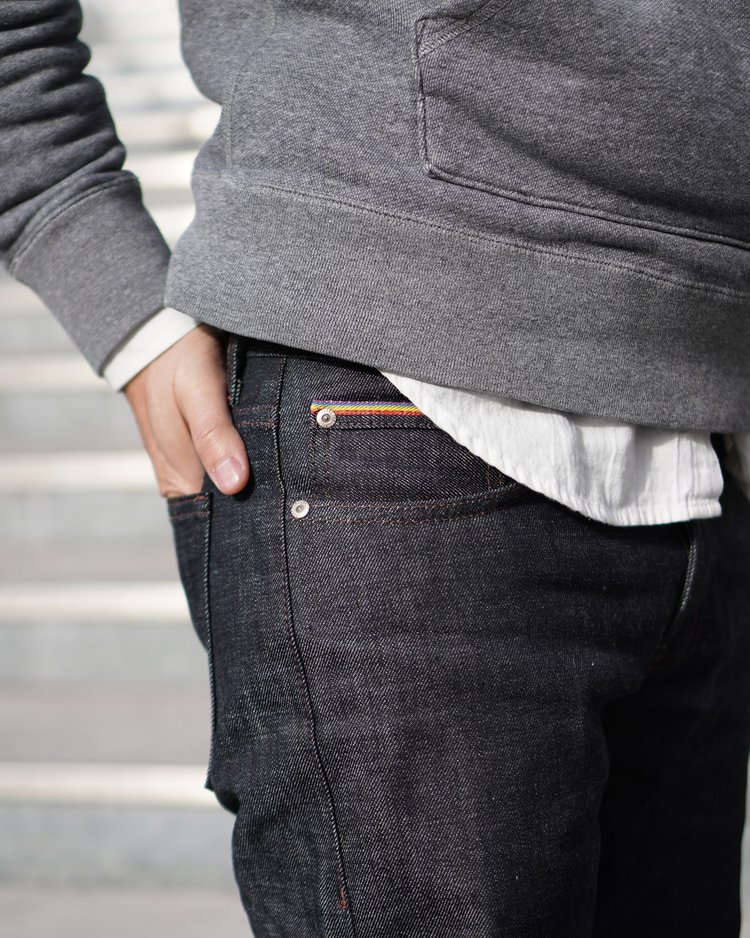 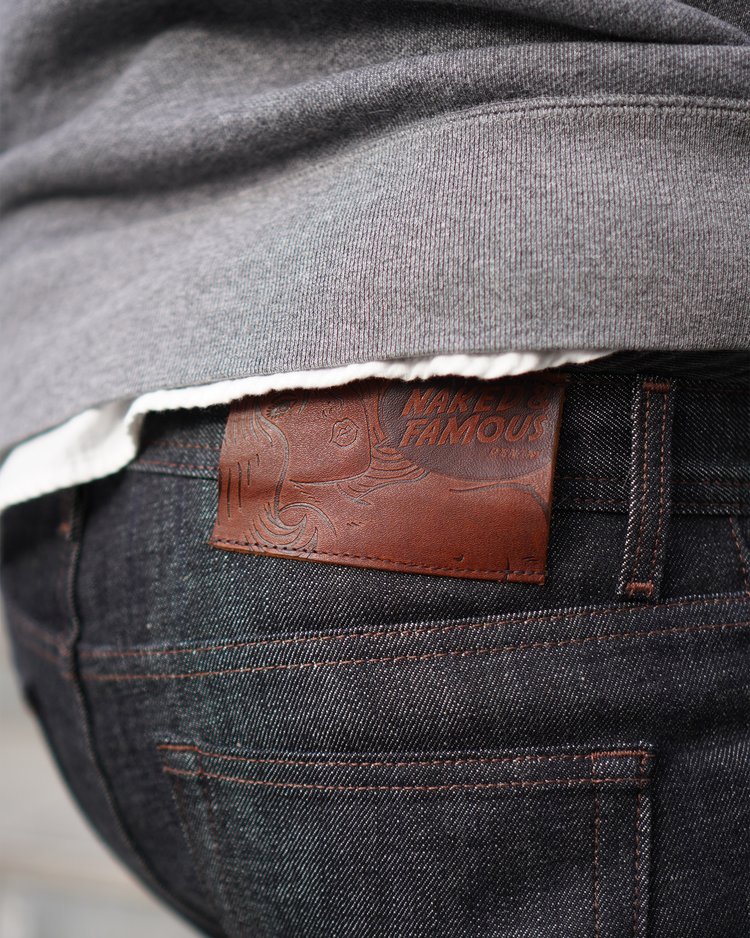 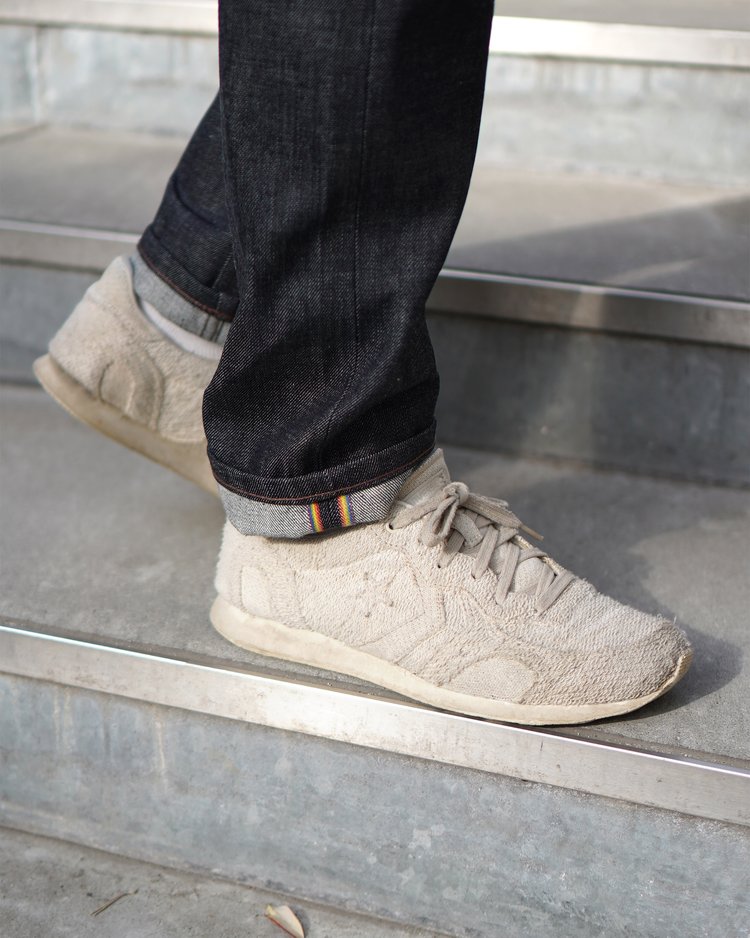 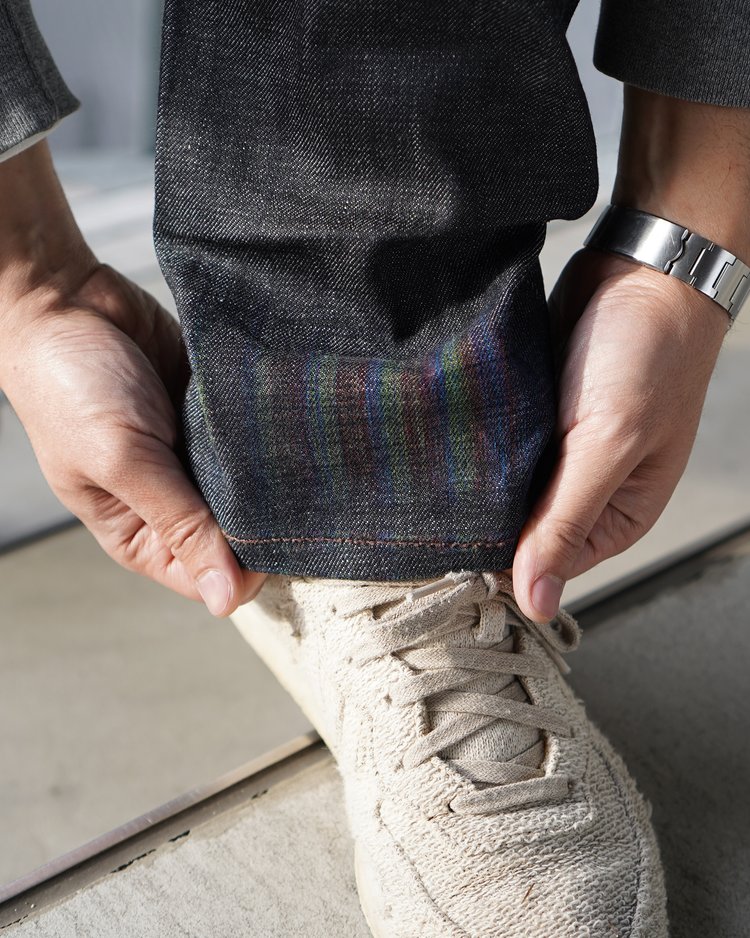 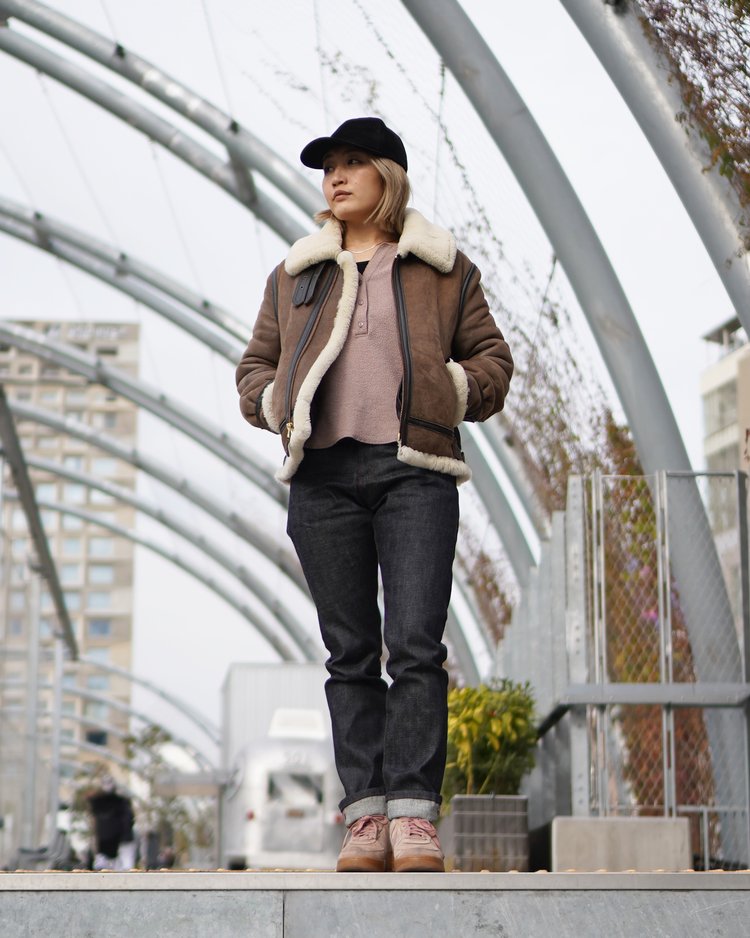 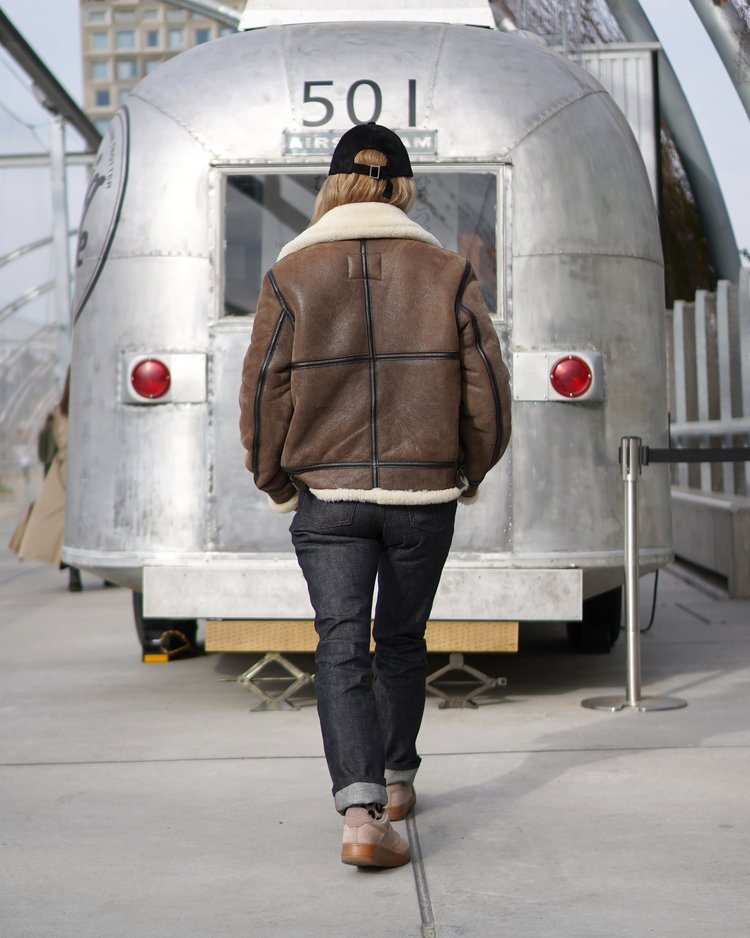 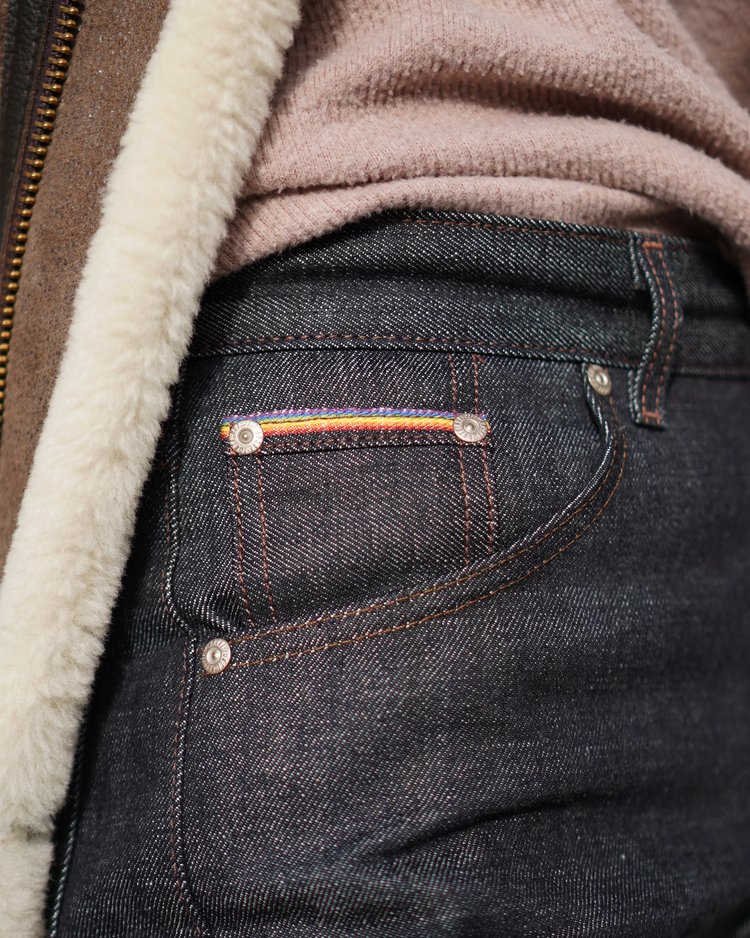 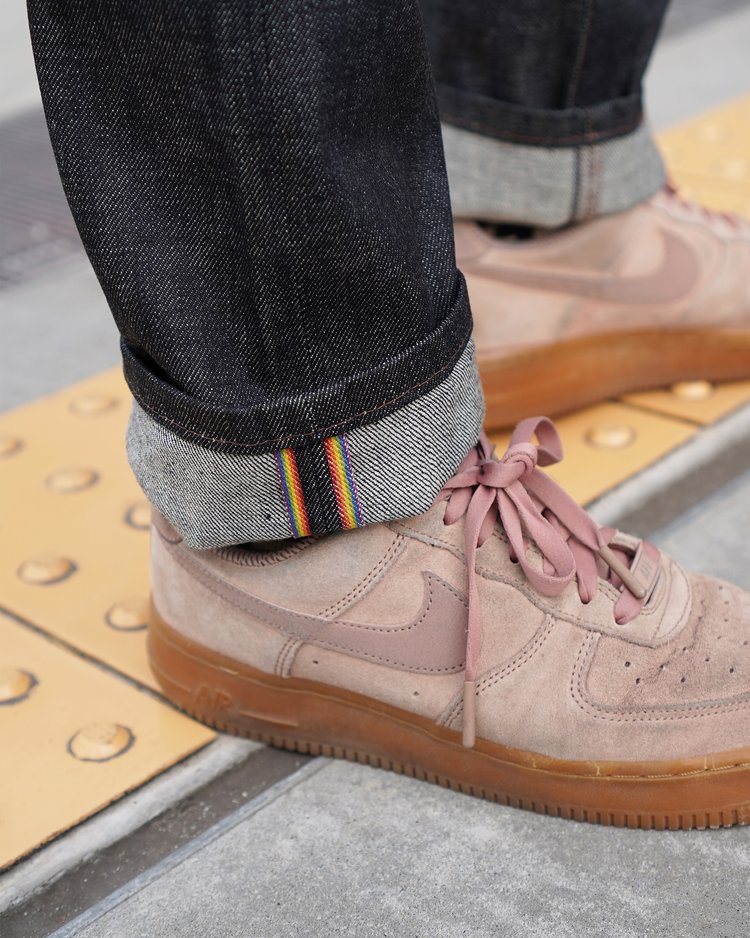