“He was 98 pounds of solid nerd until he became… THE TOXIC AVENGER,”. The Toxic Avenger is an 80s B-movie satirical superhero franchise with over-the-top violence and comedy, later becoming a comic book line, a cartoon series, a musical, and now commemorated in denim form. 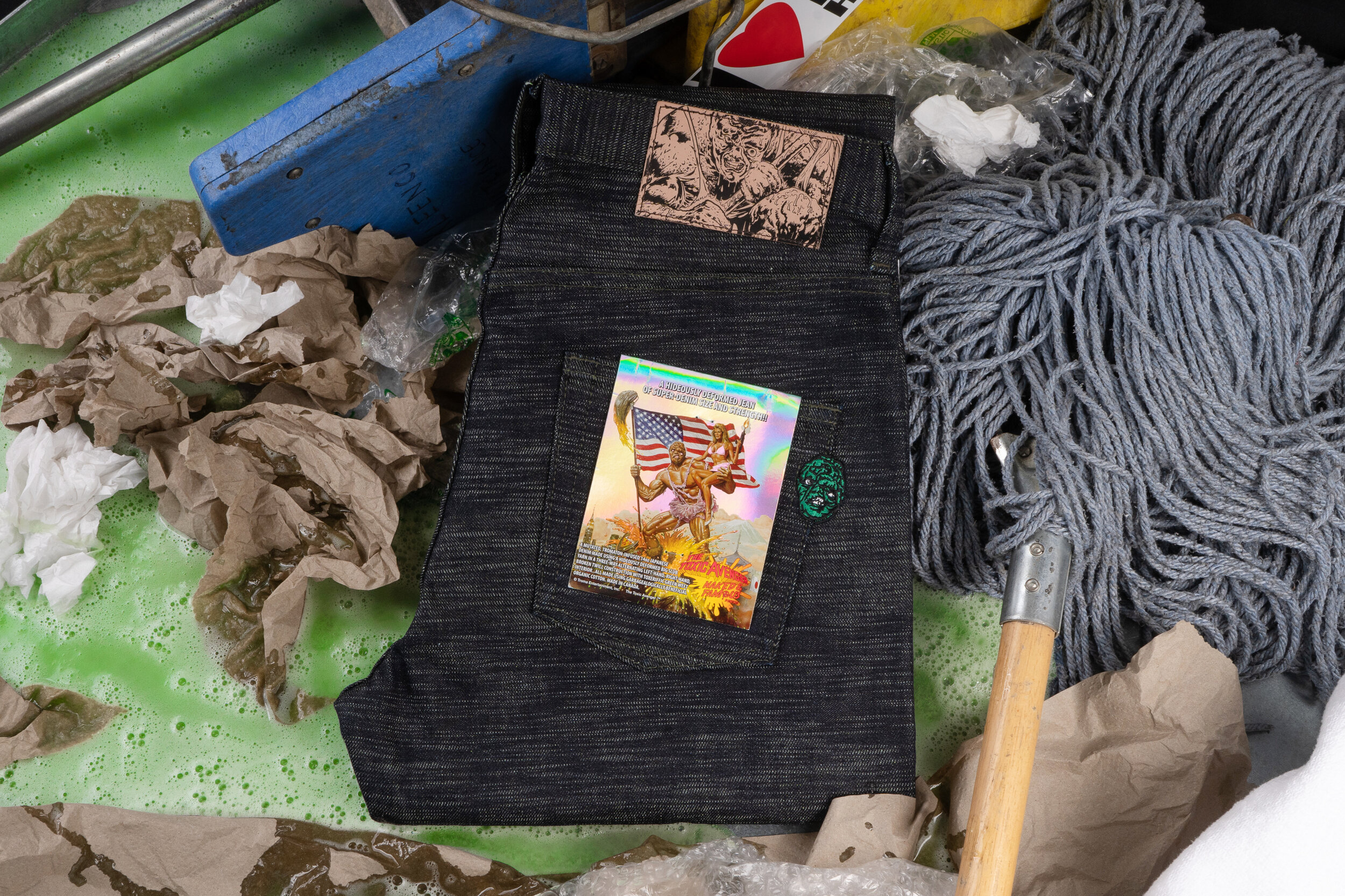 Little Melvin is a janitor at a health club in Tromaville, New Jersey. The jocks and girls tease and torment Melvin, and during a prank they dupe him into wearing a tutu and that day he had a horrifying accident and fell into a vat of nuclear waste.. 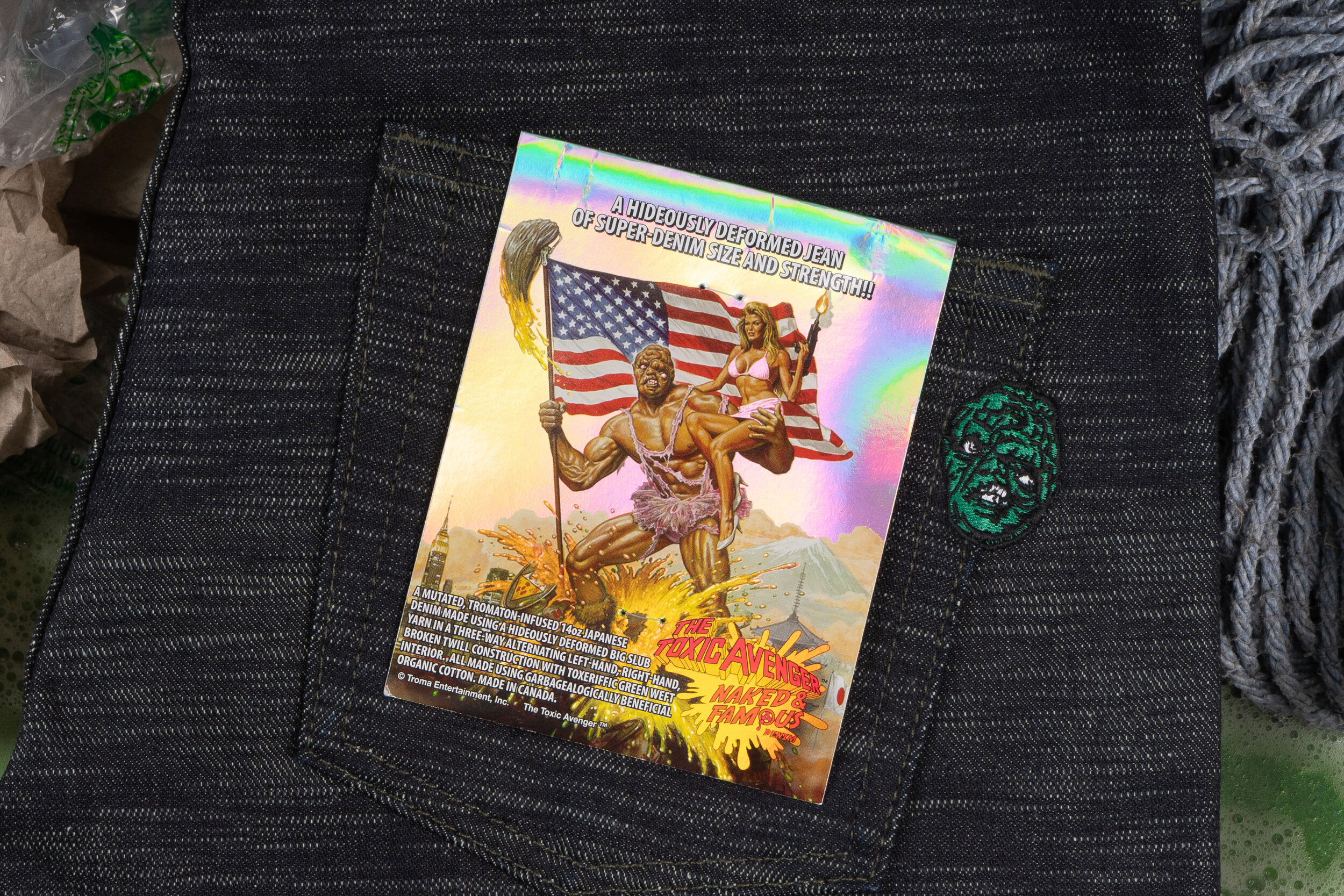 The nuclear waste doesn’t kill him; it twists and mutates him into the a hideously deformed creature of superhuman size and strength, Melvin became the Toxic Avenger!  With his newfound powers he cleans up crime along with his trusty mop, and lays waste to wrongdoers of Tromaville. 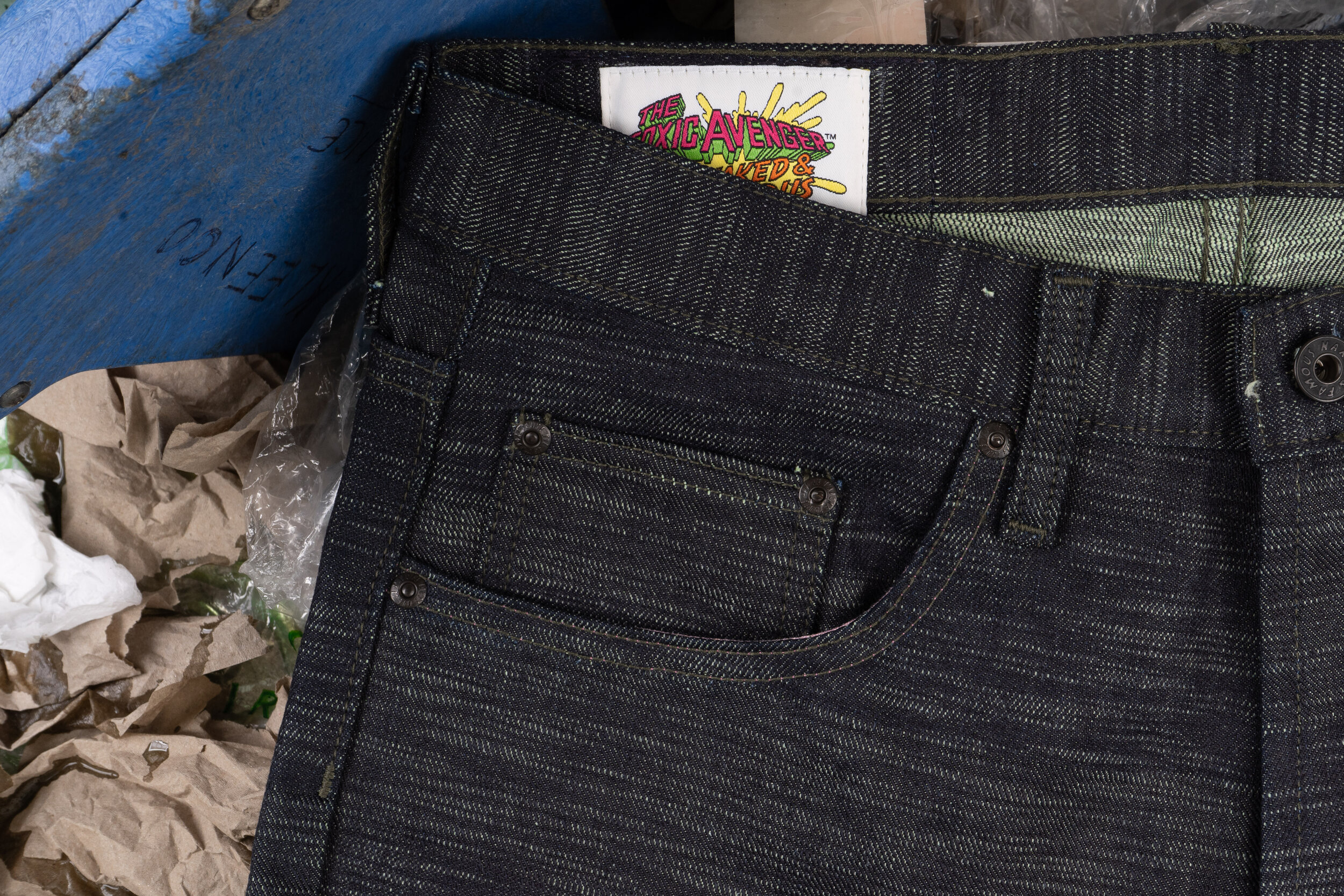 The Toxic Avenger Deformed Denim echos Toxie’s crusades for the environment and is made from garbagealogically beneficial organic cotton. The denim is mutated and twisted into three alternating twills: a left hand twill, a right hand twill, and a broken twill. Slub yarns give wild ridges to the fabric like the Toxic Avenger’s skin. 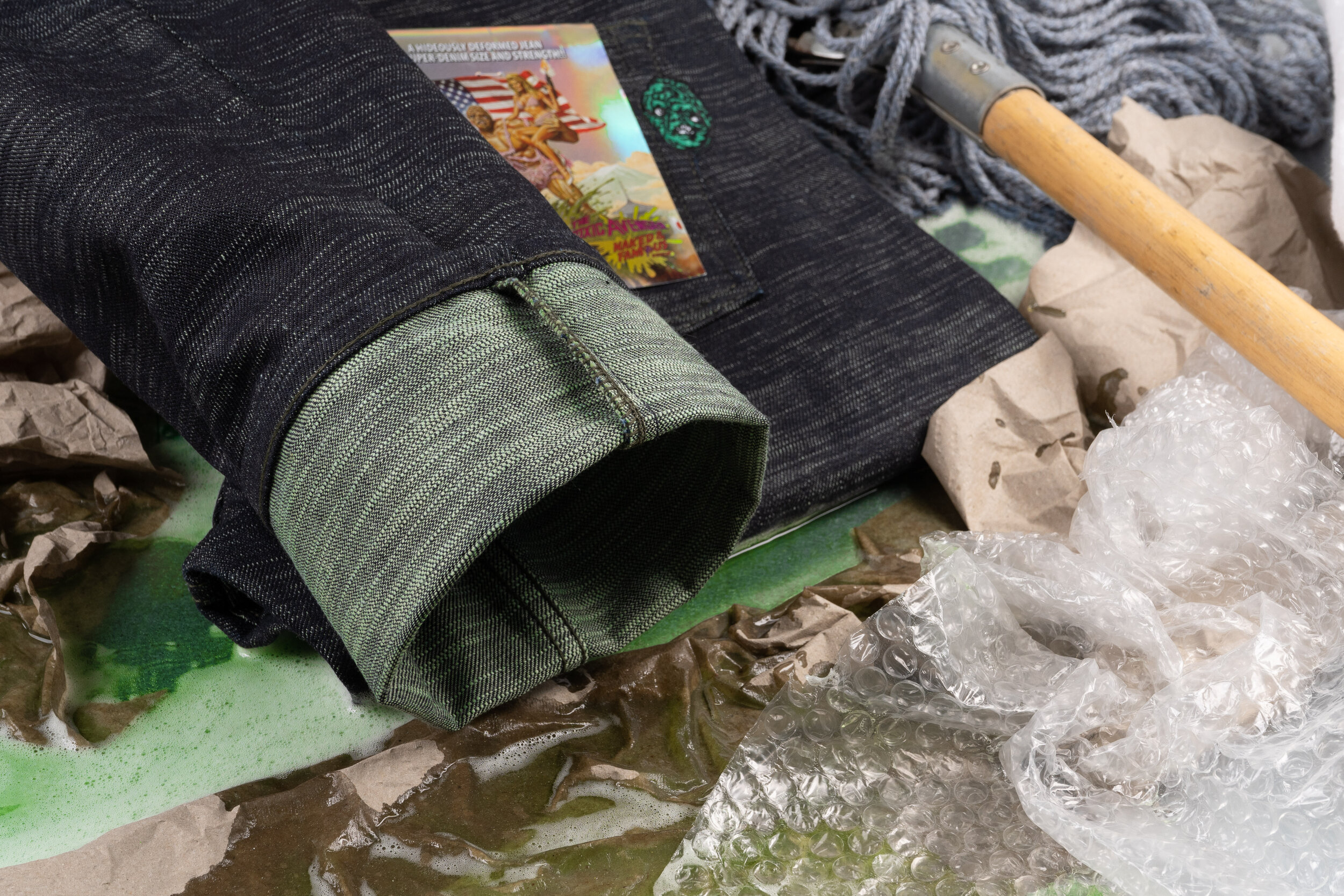 The toxic-green tinted interior yarns serve to transform the wearer into a “doer of good, and brutal mauler of evil” (according to promo materials) and maybe even an environmentalist without any of the unwanted side effects. 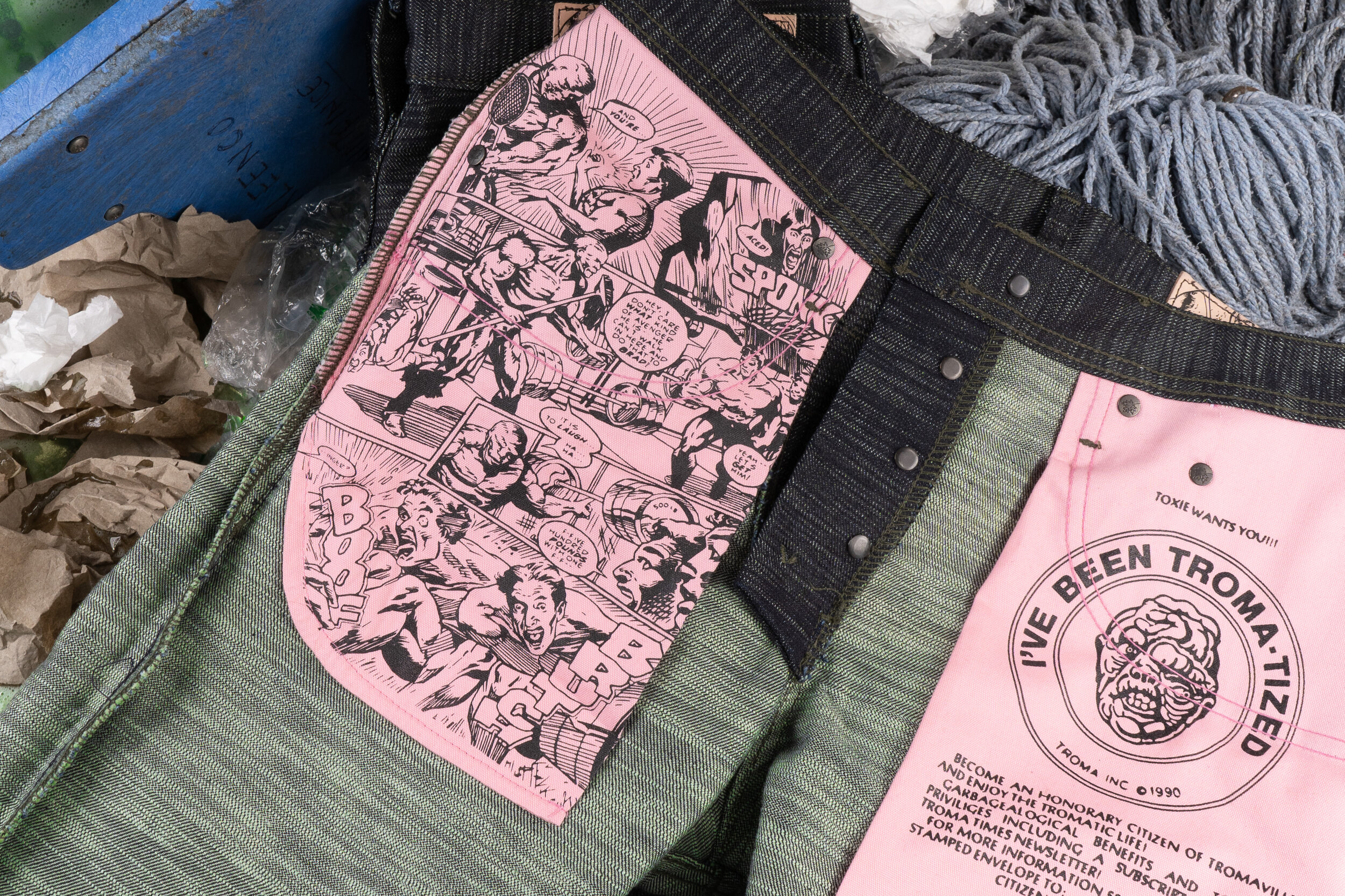 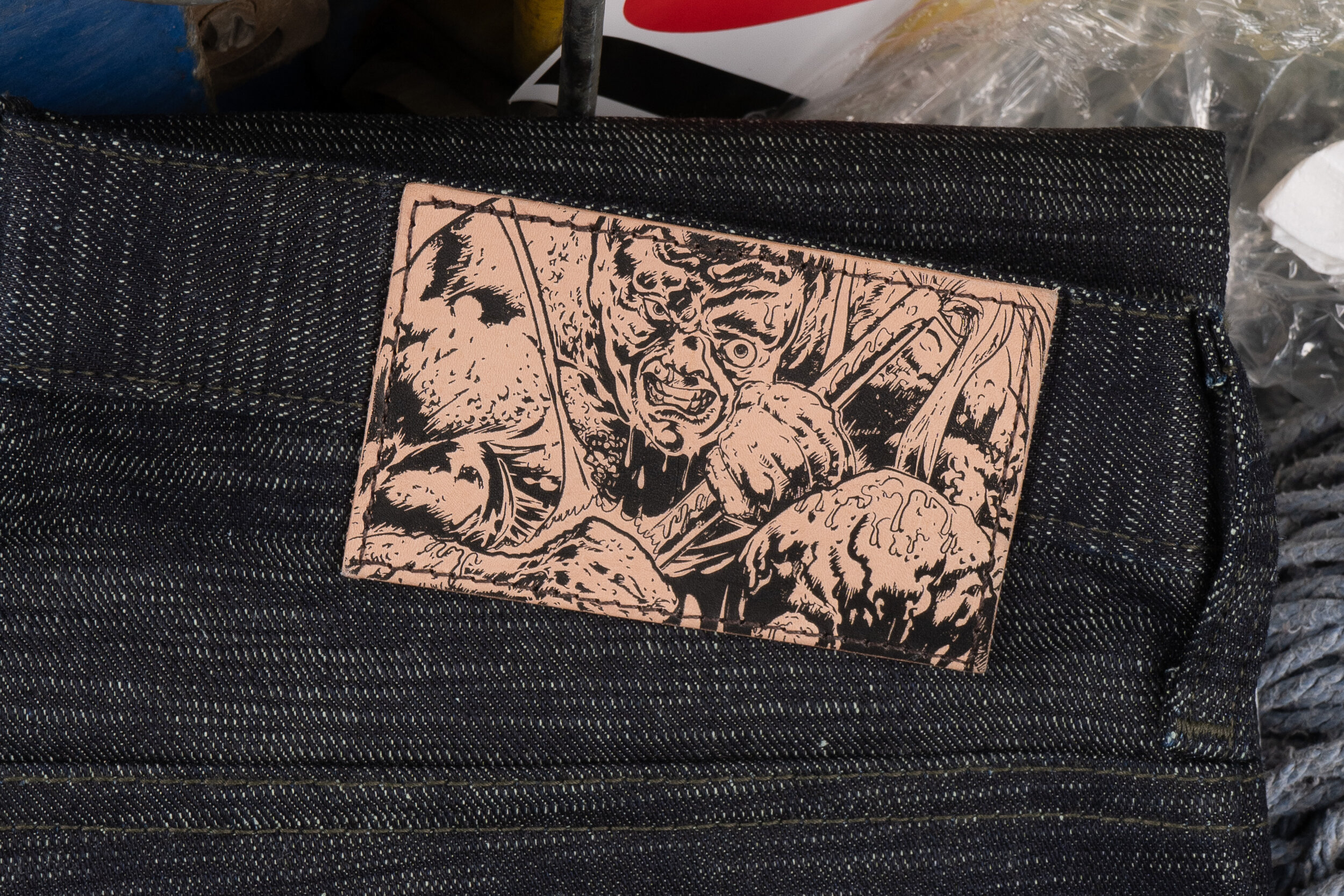 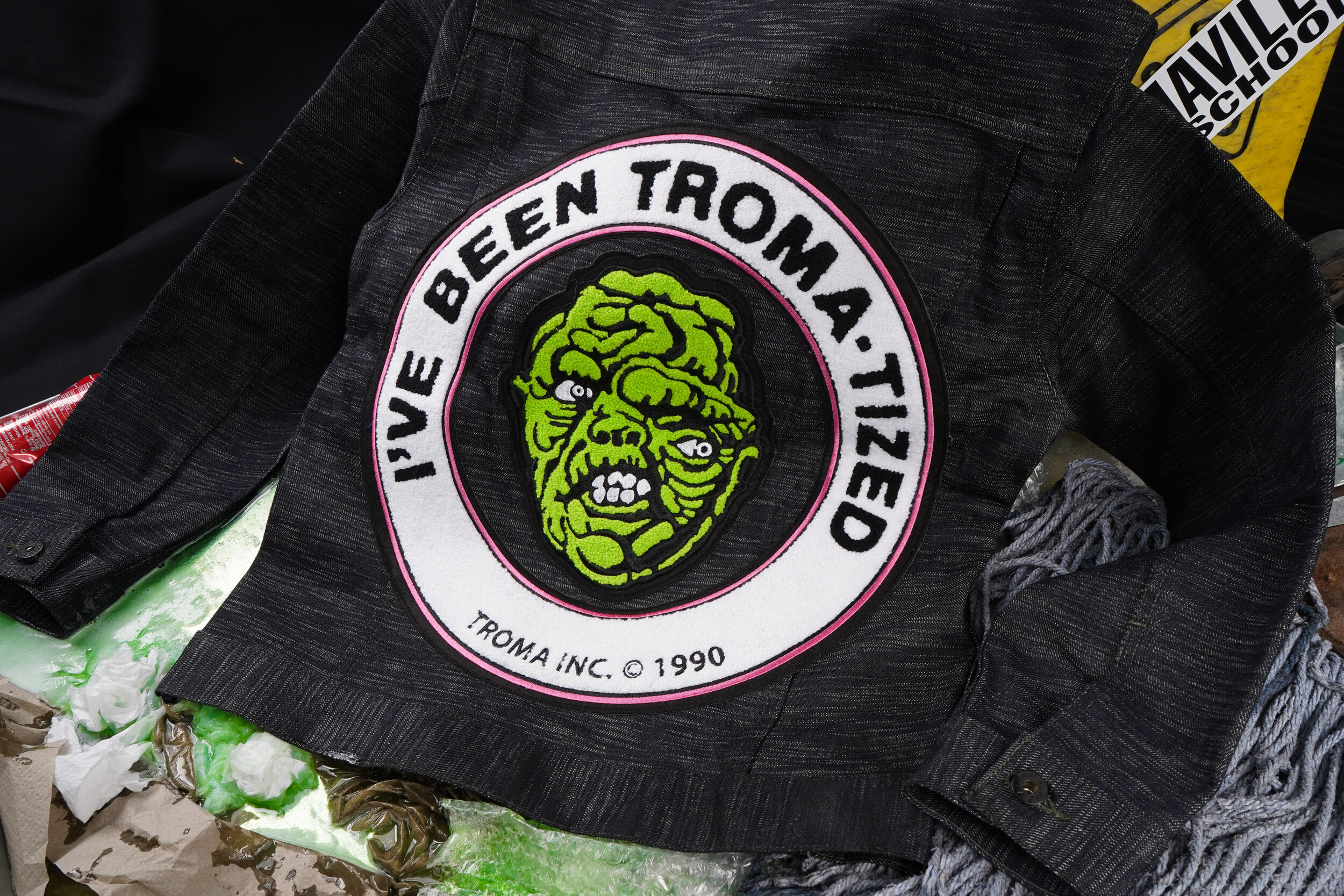